Artie Miller was born to entertain. And he’ll tell you the same, with the classic show business phrase that begins each of his jaw-dropping performances:

“Let me entertain you.”

Throughout an incredibly storied 30-year career, Artie Miller has built his reputation on being a magician’s magician—someone who is dedicated to the art, craft and sheer joy that has made magic one of the most exciting and timeless forms of entertainment. Artie’s interest in sleight of hand was sparked at a young age when he accidentally opened a birthday gift his father had bought for a cousin. It was a beginner’s magic kit, and his journey had begun.

As a young performer, Artie studied under the legendary Slydini—the greatest conjurer in the history of magic. Over countless hours in his Manhattan studio, Slydini passed the priceless nuances of his unique and beautiful art form on to his eager protégé. Artie remained a faithful friend and student up until the legend’s death at the age of 91. He is recognized as Slydini’s final student.

It didn’t take long for Artie’s dazzling talents to attract other stars. Muhammed Ali, Donald Trump, Whitney Houston, and Will Smith are just a few names on an endless list of A-list celebrities who have hired Artie to perform at their events and gatherings again and again. He’s been featured in dozens of publications, including the New York Times and the Star-Ledger and has lent his skills to countless charities, including cancer walks and fundraisers for cystic fibrosis and battered women.

When Artie says, “Let me entertain you,” he really means it. His career is built on his glowing passion for bringing unbelievable entertainment to his audiences and giving them an experience they will never forget. 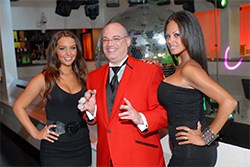 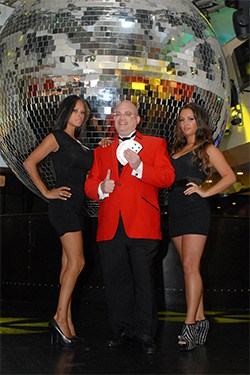